In the box you get a rifle, two missile launchers and instructions.

One thing I really like about New Age’s products is that they feel very sturdy in hand which encourages you to spend time with them. I have plenty of third party products that are larger and more expensive that are both more fragile and less fun.

Harry is extremely well articulated! In addition to ball joints in the arms and hips, Harry also has thigh swivels and ankle tilts.

New Age also didn’t skimp on the details, here’s a close-up of the amazing head sculpt.

And the tiny details on the robot’s waist.

The biggest change with Harry is that, unlike Flipper, the wheels actually spin!

There are just so many details for such a small vehicle that I wanted to spend some extra time with the macro lens to really capture them all:

I’m amazed by the paint apps on this figure!

Looking at Harry and Flipper in robot mode really shows off how much detail they put into this release.

The vehicle mode continues the trend making Flipper (who really is a nicely painted figure) look plain by comparison.

To give a better sense of scale, here’s Harry with Masterpiece Prowl.

The Rest of the Legendary Warriors

Heaven knows how long it will take to get all of these released but here is the full line up:

It’s unlikely, but I’m hoping that H10 ends up being their version of Optimus Prime for the MP-10 nomenclature symmetry.

The only disappointment that I can come up with for this line is that, by what we’ve seen for the pre-orders, it looks like they’re not giving the Max repaints unique names like they did with Gremlin and Critter. If that’s the worse thing that they do I’ll be very, very happy.

I’ve never been a Legends-scale collector but I am now certainly a New Age collector. This line is just pure fun! Transforming them is a joy despite their diminutive size. I am really looking forward to their upcoming version of Cosmos and hope to hear more about their other releases very soon! 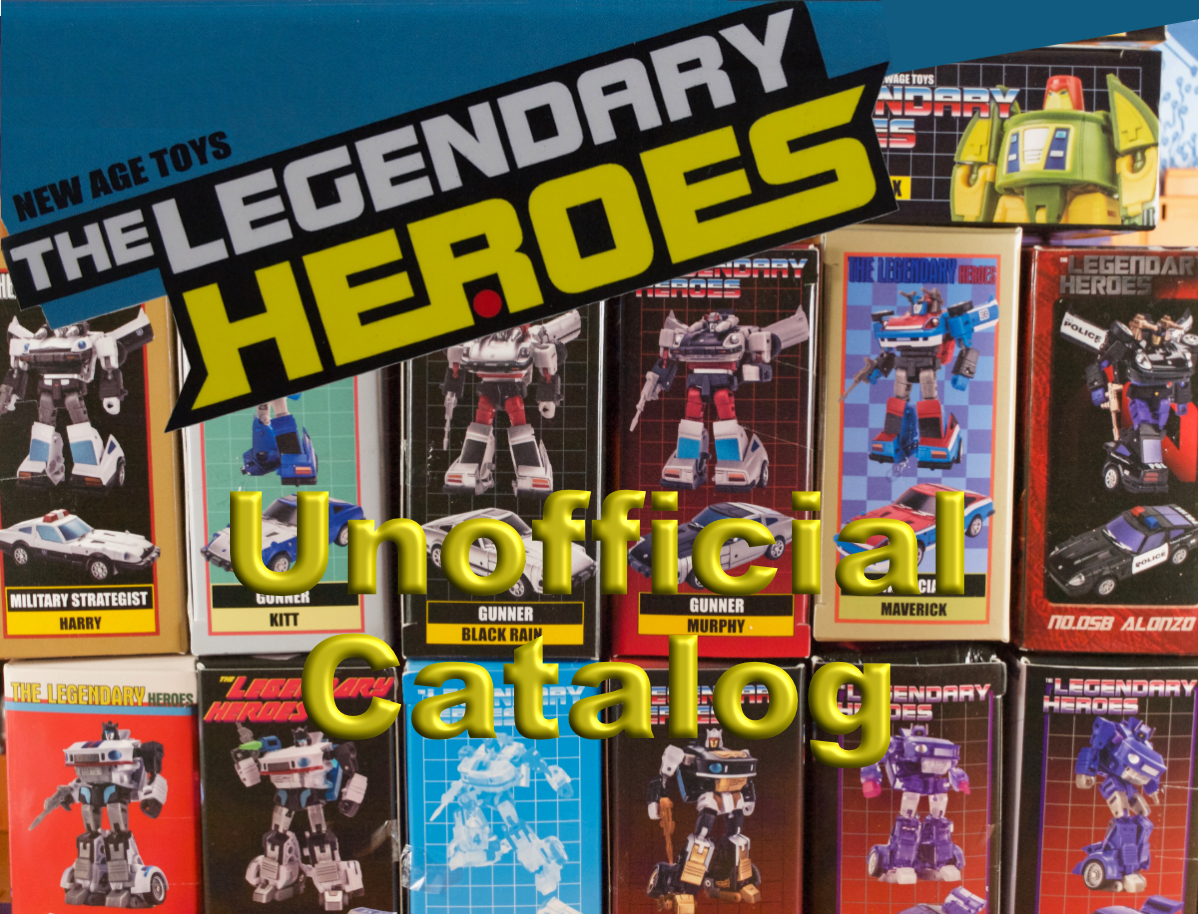 This article has 6 comments

This site uses Akismet to reduce spam. Learn how your comment data is processed.